Top Reasons to Live in Portugal 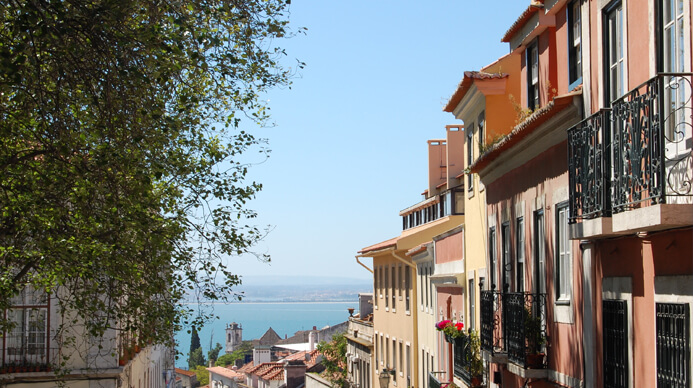 Find out the main reasons why do people move to live in Portugal and see if they apply to you: one of the best destinations in the world.

The world’s press states that Portugal is one of the best destinations:

Portugal is one of the safest countries in the world to live, which contrasts with the unrest in some areas of the globe:

Climate, Beaches and Nature in Portugal

Portugal has a great weather, with about 300 days of sunshine per year, so imagine how wonderful is to live here!

Therefore, you can fully enjoy the outdoors in the cities, such as strolling through its gardens, tasting the excellent Portuguese cuisine and wines on splendid restaurant terraces and going to viewpoints of striking beauty.

The stunning river and sea beaches where you can go for a swim or get into adventure watersports, like surfing, bodyboarding, windsurfing, canoeing, among others.

In parks and nature reserves you can enjoy walking trails and the local fauna and flora.

The Portuguese historical and cultural heritage is incredible rich. Portugal, from North to South of Portugal, is home to countless monuments and museums that reflect the rich past and culture.

In addition, there are many fairs, parties and festivals on the most diverse themes, which take place from the smallest villages to the big cities. Namely, the music festivals and the historical reenactment, which join thousands of visitors, especially during the Summer.

Cost of Living in Portugal

The cost of living in Portugal is lower than the European average. This can be seen in current daily spending, such as food, transport and education.

In such a way that it will not be difficult to see many restaurants full, since lunch or dinner outside is one of the favorite activities of the Portuguese.

According to the World Health Organization, Portugal has one of the best health systems in the world. So important these days!

Portugal has to offer to those who live there an excellent infrastructure and facilities. For example, the motorway network and the coverage of telecommunications, internet and cash dispenser machines.

In addition, it is noteworthy that the traffic is considerable less, compared to other foreign cities.

The Portuguese hospitality is one of the main Portuguese characteristics. People are friendly and willing to help foreigners.

Indeed, a good part of the Portuguese speaks English, which facilitates communication. 🙂

Incentives to Pensioners and Workers

There is the “Tax Regime for Non-Regular Residents“, which is a tax incentive aimed at citizens who change the tax residence to Portugal, such as:

Residence Permit for Investment in Portugal

The Residence Permit for Investment, also called the “Golden Visa” has the purpose to attract to Portugal wealthy foreigners.

This enable third country nationals (outside of the European Union) to invest in Portugal and, therefore, obtaining a temporary residence permit.

At the end of 5 years, they may request a permanent residence permit.

Foreigners who live in Portugal are from a multitude of countries, on an ever-increasing number.

Where to live in Portugal

Before moving we advise you to travel to the Country and choose what is the region that suits you better, in other words, see for yourself where is the best place to live in Portugal for you.

Find here a small description of Portugal Regions from north to south and islands.

If you prefer green landscapes, you can have them in the North Region, where there are an abundance of water and cool climate.

Guimarães (UNESCO heritage) is the city where Portugal was born and nearby is Braga, a vibrant city with a lot of young people and several important monuments.

Inland, the Trás-os-Montes mountains and the Douro vineyards stand out, where the famous Port wine is produced.

If you prefer a cosmopolitan area, you have the Oporto Region. This is the second largest city in the country, with intense commerce, countless companies and several traditional districts.

In the riverside area, next to the Douro River, there are several restaurants and cafés, which concentrate many Portuguese and tourists as well.

Check the prices to find a deal accommodation in Oporto

If to be among forests and mountains is more your style, go to the Centre Region.

Serra da Estrela is the highest mountain in Portugal mainland, where in the winter it gets quite cold and it snows, so it is sought after for walking and skiing.

Coimbra is home to one of the oldest universities in Europe, next to which you have a good view of the Mondego River, the largest river born in Portugal.

On the coast, Aveiro is called “Venice of Portugal” because it has several navigable channels.

Check the prices to find a deal accommodation in Centre Region

If you want to stay in the country’s capital, Lisbon it’s the place. This region it’s the most populated, where most of the largest companies and the best universities are based.

Bathed by the Tagus River, this city has a magnificent light, with ancient historic districts and numerous monuments and museums.

Check the prices to find a deal accommodation in Lisbon

If you prefer to live in the middle of an unending horizon, with a warmer and less densely populated climate, you have the Alentejo.

This unique region has extensive plains, where wheat is harvested, for bread making, the basis of the renowned Alentejo cuisine.

The Alentejo has countless towns, villages of ground floor houses, whitewashed, with Arab and Roman influences.

Check the prices to find a deal accommodation in Alentejo

If you like the sun, mild climate and warm sea water temperature for a large part of the year, Algarve is your place.

In this region of extensive sandy beaches, where water sports and golf are played, there are several restaurants where fish and fresh seafood are eaten.

Moreover, in the Algarve there are significant expat communities.

Check the prices to find a deal accommodation in Algarve

For those who like evergreen landscape mixed with volcanic landscape, in the middle of the Atlantic Ocean, you can choose one of the 9 islands in the Azores. Here the cows graze freely, from where milk is extracted to make the famous cheese.

Check the prices to find a deal accommodation in Azores

If you want to be among an abundant variety of flowers, with a mild climate and the possibility of hiking all year round, you have the Madeira archipelago.

This region is not far from North Africa and is very popular with tourists from all over the world.

And do not forget the famous Madeira wine!

Check the prices to find a deal accommodation in Madeira

Take advantage of your stay in Portugal, to get to know this beautiful, diverse and full of history Country. For example find a must go place in Azores: Things to do in Terceira Island, Azores – Travel Guide. 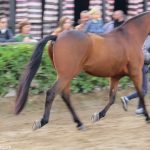